Vance Center Joins Fight For Justice for the Yazidi People 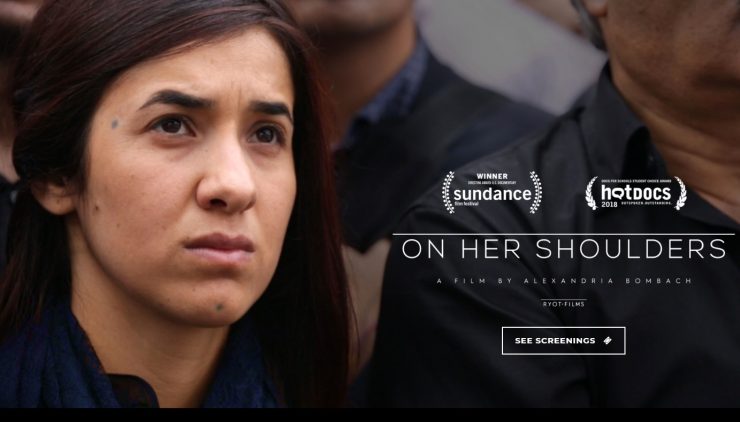 Imagine you wake up one morning and your whole world is turned upside down. People show up in your town who want to kill you and everyone you love and thus begins the darkest period of your life. This is what happened to the Yazidi people living in the Sinjar region of northern Iraq on August 3, 2014 when Islamic State (ISIS) fighters attacked villages and towns throughout the region and forced approximately 400,000 people to flee. Those who could not were taken captive by ISIS and subjected to mass killings, forced conversions to Islam, physical and sexual abuse, and enslavement.

The Vance Center is partnering with a leader of the Yazidi people and the organization which she founded and leads to support the recovery of her peole. This support will include a ticketed event this fall with a panel discussion and screening of the documentary film “On Her Shoulders” at the New York City Bar Association, on behalf of Nadia’s Initiative and the Sinjar Action Fund.

Nadia Murad is one of the thousands of women taken by ISIS and used as sex slaves. She spent approximately a month in captivity, when she was repeatedly raped and abused by ISIS fighters. She lost six of her nine brothers and her mother, all brutally murdered by ISIS. Today, 18 members of her family are either dead or missing. Nadia ultimately escaped and received asylum in Germany.

Since her escape, Nadia has shown tremendous courage in turning her traumatic experience into a force for good. She has become the international face and advocate for the the Yazidis highlighting their plight and advocating for those still in ISIS captivity, including before the United Nations Security Council. She has been named a United Nations Office on Drugs and Crime Goodwill Ambassador for the Dignity of Survivors of Human Trafficking and received numerous human rights awards in recognition of her work. She bravely told her story to the world in a New York Times bestselling memoir The Last Girl and the film, On Her Shoulders. She singlehandedly has advanced the international response to hold ISIS to account for their violence against the Yazidis. In 2016, a UN Independent International Commission of Inquiry determined that this constituted genocide as defined in the 1948 Convention on the Prevention and Punishment of the Crime of Genocide. The U.S. government, the European parliament, and the Council of Europe have concluded the same.

Despite the international show of support for the Yazidis, most of it thanks to Nadia’s tireless work, much remains to be done. Yazidis are still struggling to return home to Sinjar after the region was liberated from ISIS control. Challenges include the presence of land mines, political limitations and trauma: Yazidis have struggled to view their homeland as safe, even after its liberation.

Nadia conducts most of her work on behalf of the Yazidis through an organization she created called Nadia’s Initiative which advocates for women and minorities in the stabilization and redevelopment of their communities. The Sinjar Action Fund, which she set up, helps with the rebuilding of the Sinjar region and the return of the Yazidis there.