Protecting the Independence of Guatemala’s Judiciary 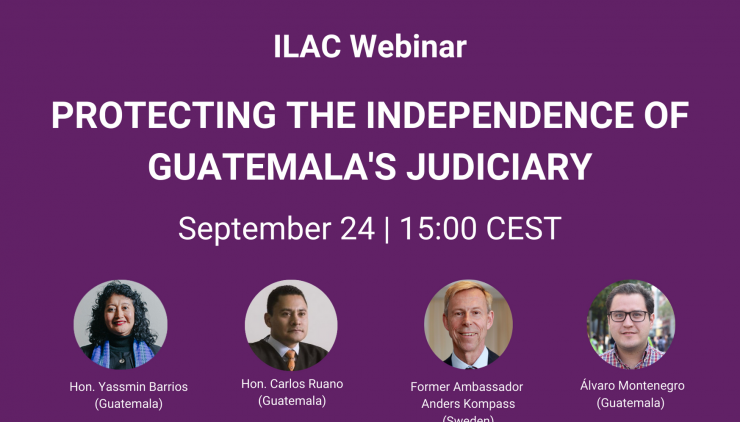 Guatemala’s independent and impartial judges have faced an increase in threats to their professional integrity and personal safety since the closing of the International Commission against Impunity in Guatemala (CICIG). The indepdendent judges overseeing high-level corruption and human rights cases are the primary targets of such threats. Undermining the independence of Guatemala’s judiciary has contributed to the lack of trust in the judiciary and the rule of law backsliding which began during CICIG’s closure. Further support from international actors is needed to protect Guatemala’s independent judges.

This webinar will highlight the personal and professional threats Guatemala’s judges have recently faced due to their independent and impartial rulings in high-level corruption and human rights cases. It will include a discussion on how reforming the judicial nominations process is vital to strengthening the independence of Guatemala’s judiciary. It will conclude with recommendations on what international actors can do in both the short and long term to support an independent judiciary in Guatemala.

The event will be held in both Spanish and English.