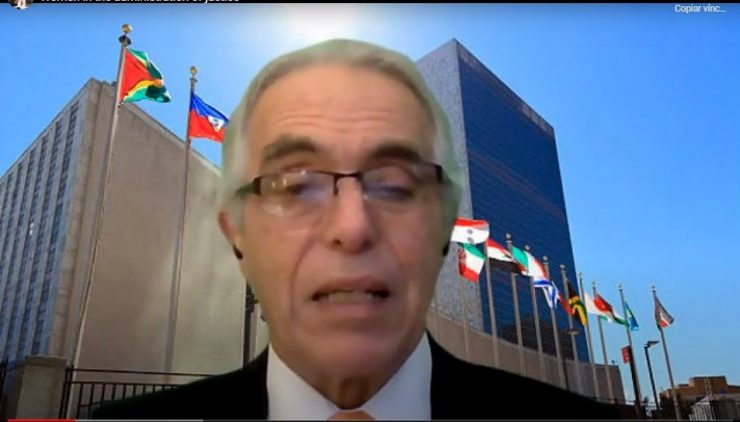 United Nations Special Rapporteur on the Independence of Judges and Lawyers Diego García Sayán recognized the Vance Center’s research on  the participation of women in the administration of justice in his report to the United Nations General Assembly. The Vance Center supported the Special Rapporteur’s research on women’s current participation in judicial systems, identifying the barriers hindering their adequate access to, and promotion and retention in, the judicial and prosecutorial services.

In his report, the Special Rapporteur documented a number of constraints women face in accessing, and advancing in, judicial careers. Discrimination against women in the judicial system, he observed, stems from various regulatory obstacles and institutional, structural and cultural barriers that lead to the underrepresentation of women in decision-making positions and their confinement to certain areas of the judicial system. Paragraph 8 of the report recognizes the work of the Cyrus R. Vance Center for International Justice.

The report is available in English, Spanish, French, Chinese, Russian, and Arabic.