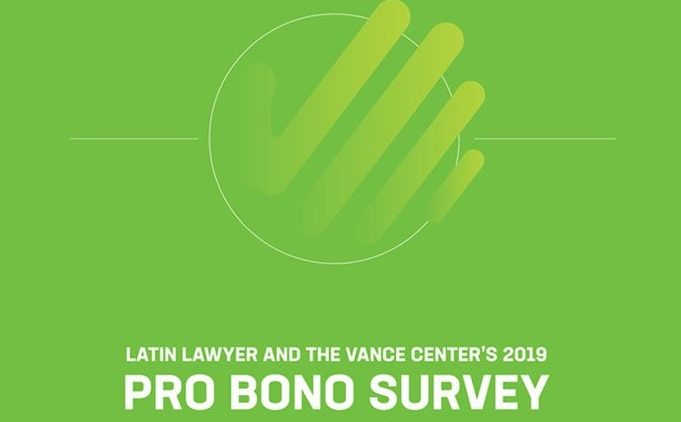 Latin Lawyer has published the 2019 annual survey of pro bono practice in Latin America, which it conducts with the Vance Center.  More than 160 law firms throughout the region responded to the survey in 2019, marking a 25% increase from the previous year and the most ever responding.

The results also are encouraging: more than 80% of law firm respondents indicated that they have a designated pro bono coordinator and more than 60% have an internal pro bono committee. Notably, 83% of law firms participating in the survey are also members of their national pro bono clearing houses and 67% support those organizations. These metrics indicate not only continued formalization of pro bono practice within firms in Latin America, but a significant strengthening of understanding pro bono work as a formal practice area.

Based on feedback from the members of the Pro Bono Network of the Americas, the survey also identified 69 law firms for recognition as “Leading Lights” for their outstanding pro bono work. (pg. 23 of the pro bono survey)

The Vance Center thanks Committee members Werner Ahlers, Antonia Stolper, Ruti Smithline and Veronica Rodriguez for their participation in the production of this year’s survey.