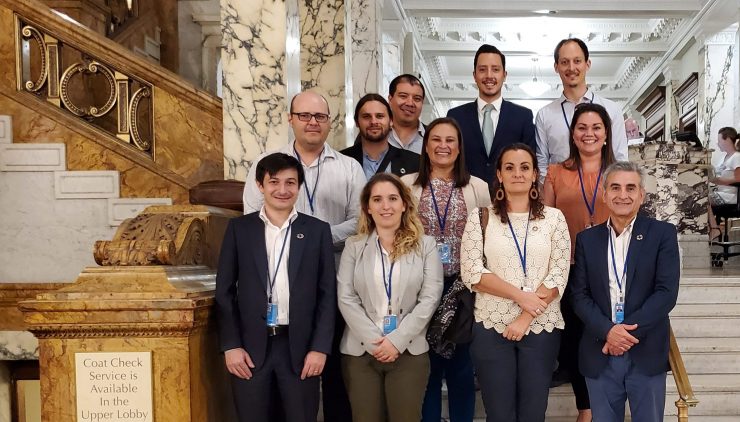 (Representatives from the Latin American Chapters of Transparency International)

With more than 100 national chapters worldwide and an international secretariat in Berlin, Transparency International works with partners in government, business and civil society to put effective measures in place to tackle corruption. The international secretariat and several national chapters have been clients of the Vance Center’s Good Governance program, and the Human Rights program has worked with the Peru and Venezuela chapters.

The Vance Center, through the Lawyers Council for Civil and Economic Rights, is pursuing a regional anticorruption initiative, and the TI Latin American chapters will be key partners.  The Lawyers Council already has begun cooperating with Accion Ciudadana, the Guatemala chapter, in a project to develop integrity networks of businesses and lawyers seeking to avoid corrupt practices.

The following TI Chapter’s representatives and partners were in attendance at the meeting: