Vance Center Participates in Roundtable on Persons Deprived of Liberty 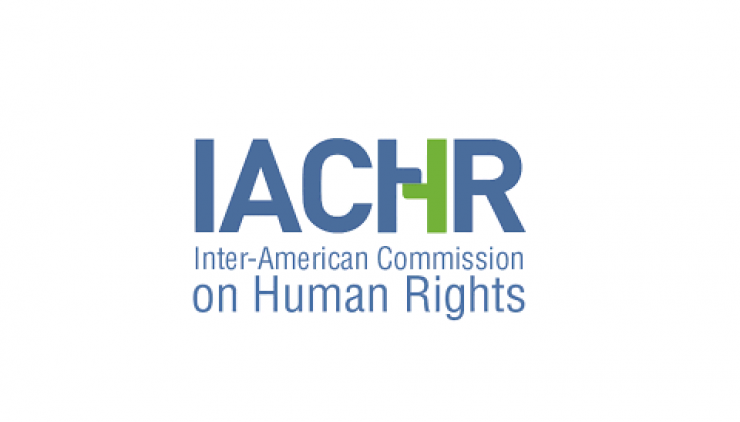 Vance Center Programs Director Marie-Claude Jean-Baptiste joined a two-day roundtable on the “human rights of persons deprived of liberty and regional challenges” hosted by the Observatory of the Inter-American Human Rights System (OSIDH by its Spanish Acronym) of the Legal Research Institute of the National Autonomous University of Mexico and the Rapporteurship on Persons Deprived of Liberty and for the Prevention and Combat of Torture of the Inter-American Commission on Human Rights.

The roundtable brought together human rights specialists from academia, civil society, and the Inter-American Human Rights System from across Latin America to reflect on and propose concrete measures to improve the human rights of persons deprived of liberty. Jean-Baptiste contributed specifically concerning the Women in Prison initiative that the Vance Center has pursued for three years.

Roundtable participants discussed the need to raise visibility of the human rights of people deprived of liberty, including their experiences with the criminal justice system, and the need for states to enact public policies to address this issue. In response to rising insecurity, states for many years have increased imprisonment, leading to prison overcrowding in the region. Detention centers do not meet the basic requirements under international law to ensure the safety and dignity of the incarcerated, thus violating other rights, include the right to life, personal integrity, and access to health, food, drinking water, education, among others.

The specialists at the meeting also expressed deep concern with the increase of pre-trial detention throughout Latin America in violation of international requirements of legality, necessity and proportionality.

The specialists further reflected on the jurisprudence in the Inter-American Human Rights System that states are “special guarantors” of the rights of people deprived of liberty, since they cannot exercise their rights directly. This jurisprudence is of renewed importance given the economic crisis many countries are confronting as a result of the Covid19 pandemic.

Participants also discussed Inter-American jurisprudence regarding the need for a differentiated approach in deprivation of liberty of members of vulnerable groups such as women, people with disabilities, Indigenous people, the elderly, and LGBTI people, among others.

The roundtable confirmed the systemic character of the highlighted problems of people deprived of liberty.  The proposals put forward to address them will be summarized in a document produced by the organizers addressing the regional challenges on persons deprived of liberty and measures to redress them.

The Vance Center’s Human Rights and Access to Justice Program launched its Women in Prison Project in 2017. The project seeks to promote global collaboration on improving conditions of women’s imprisonment. In 2020, the Vance Center submitted a Written Opinion to the Inter-American Court of Human Rights on the request from the Inter-American Commission on Human Rights for an Advisory Opinion related to “Differentiated Approaches to Persons Deprived of Liberty”. At the Court’s invitation, the Vance Center presented at a public hearing of the Court in December 2020, on the issue of “Differentiated Approaches to Persons Deprived of Liberty”.