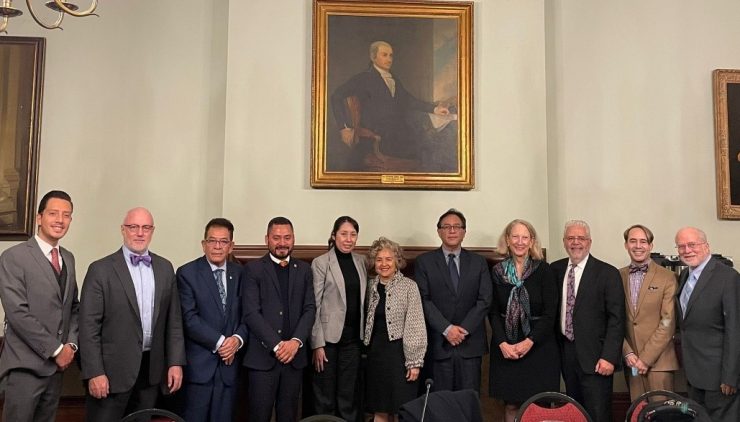 The Vance Center’s focus on the Guatemalan judiciary began in 2013 with a delegation examining the rule of law in light of the Guatemalan Constitutional Court’s reversal of the conviction of Efraín Rios Montt and continues today. The Vance Center has been working for more than a year to support the efforts of AGJI to strengthen its institutional capacity and judicial independence in Guatemala.

As reported in the New York Law Journal, the visiting judges spoke of the challenges to their judicial independence that they face as part of systematic attacks by groups seeking impunity in cases of corruption and serious human rights violations, and the importance of the international community’s support to highlight and denounce this situation.

With support from the National Endowment for Democracy, the Vance Center continues to support the work of AGJI, as well as other judicial associations in the region.