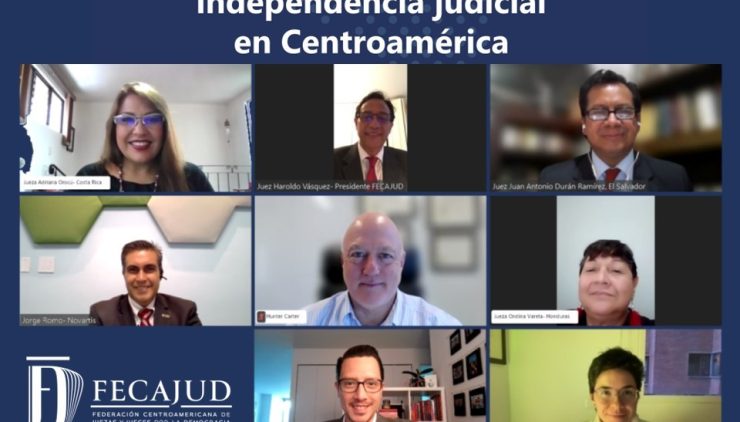 The Vance Center joined a recent New York City Bar Statement Condemning the Continuing Harassment and Criminalization of Justice Operators in Guatemala. The statement expresses grave concern for the continued criminal harassment of lawyers, judges, prosecutors, and former prosecutors who have handled corruption cases. This statement follows a February City Bar call on the Guatemalan Government to take action to protect Judge Erika Aifan from harassment and to ensure that any disciplinary action taken against her and other judges of the High Risk Court who handle corruption cases be properly administered and accorded all the protections of due process.

On May 25, the Vance Center co-hosted a webinar with the Central American Federation of Judges for Democracy (Federación Centroamericana de Juezas y Jueces por la Democracia FECAJUD) on judicial independence in the region. This webinar is part of the regional project to support judicial associations of independent judges in the region with the support of the National Endowment for Democracy.

Jorge Romo from Novartis explained how judicial independence is important for multinational companies and legal certainty fundamental for investment opportunities. Judge Antonio Duran (El Salvador), Judge Adriana Ococú (Costa Rica), and Judge Ondina Varela (Honduras) also participated with remarks about the challenges to judicial independence in each of the countries.

In the webinar, FECAJUD launched its new webpage, created through the Vance Center project, which includes a blog with contributions by the UN Special Rapporteur on the Independence of Judges and Lawyers Prof. Garcia Sayán and the Vance Center. The webpage also contains a regional observatory on judicial independence and will include country assessments currently under revision.