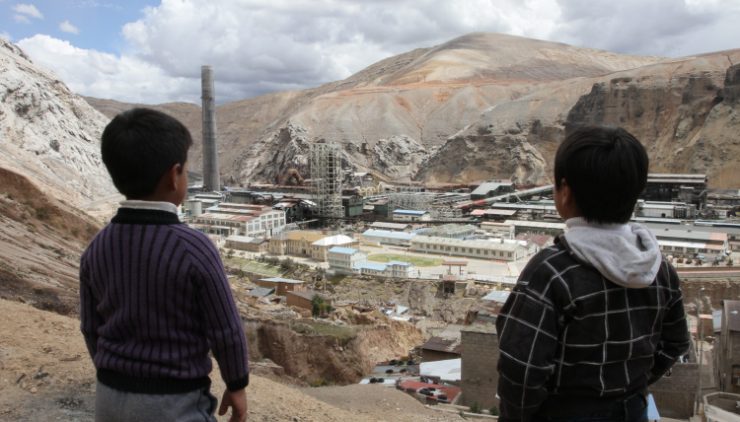 The Vance Center continued its work advancing climate and environmental rights with two amicus submissions. In both cases, the Environment Program helped to develop arguments drawing on recent developments in environmental and human rights law, including the UN General Assembly’s recent recognition of a right to a healthy environment.

In a case concerning the Peruvian government’s responsibility to prevent and redress environmental harm from a lead smelter in the city of La Oroya, the Vance Center represented Dr. David Boyd, the United Nations Special Rapporteur on Human Rights and the Environment, in an amicus brief before the Inter-American Court of Human Rights. The smelter, operated variously by the government and several private companies, for decades released dangerous levels of lead and sulfur dioxide causing widespread poisoning and disease. The Inter-American Commission on Human Rights referred the case to the Court after the Peruvian government failed to implement a decision from its own constitutional court.

This is the first contentious case concerning the right to a healthy environment brought before the Court, which in 2017 acknowledged that the American Convention on Human Rights includes such a right. The brief sets out several state obligations flowing from the right, including those related to clean air and non-toxic environments, as well as key interpretive principles. The brief also argues that the right must be addressed through effective remedies, including both compensation and non-pecuniary restitution. The Vance Center worked with the San Jose, Costa Rica, office of the law firm Arias to prepare the brief.

The second case challenges the Mexican government’s failure to implement its own climate change laws. While Mexico passed comprehensive climate legislation in 2012, few regulations have been promulgated to implement it. In 2020, a group of children and young people challenged this failure of implementation in a lawsuit that has become known simply as “Jóvenes v. Gobierno de México”.

The case now is on appeal at the appellate administrative court after the district court found that the young people lacked standing to bring the action. Together with the Mexican law firm Ritch Mueller, the Vance Center prepared an amicus brief on behalf of clients Oxfam and Our Children’s Trust, arguing that the plaintiffs have standing, including based on the Escazú Agreement, a recently-concluded treaty, which requires state parties (including Mexico) to have “broad active legal standing in defense of the environment”.

Human rights litigation is an important and growing feature of international environmental law. The Vance Center’s Environment Program has built up expertise in this field over many years, including through projects with UN Special Rapporteurs like Dr. Boyd. Because of the transnational nature of climate change and other challenges, international institutions and NGOs can play a role in assisting courts in understanding states’ domestic and international legal obligations.