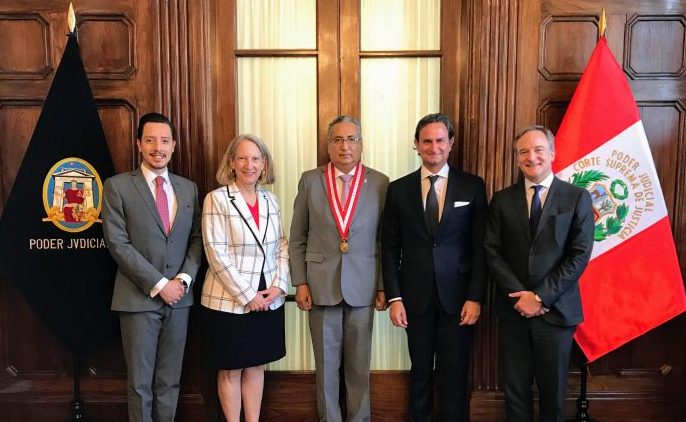 A delegation of the Lawyers Council for Civil and Economic Rights met officials and other lawyers in Peru to observe and offer recommendations on the ongoing process for selecting judicial officials in the country. The process resulted from a system-wide corruption scandal, subsequent popular referendum, and recent legislation.

Members of the Special Commission responsible for appointing the National Board of Justice, which in turn later this year will appoint all judges and prosecutors in Peru, received the delegation.  It presented them with a document outlining international standards, comparative experience, and specific recommendations. It suggested how the National Board of Justice might evaluate candidates and ensure a transparent process with citizen participation.

Members of the Special Commission and others meeting the delegation expressed particular appreciation for the views of practicing lawyers from other countries in the Americas. They welcomed the Lawyers Council’s further participation in the process, which the Lawyers Council is considering.