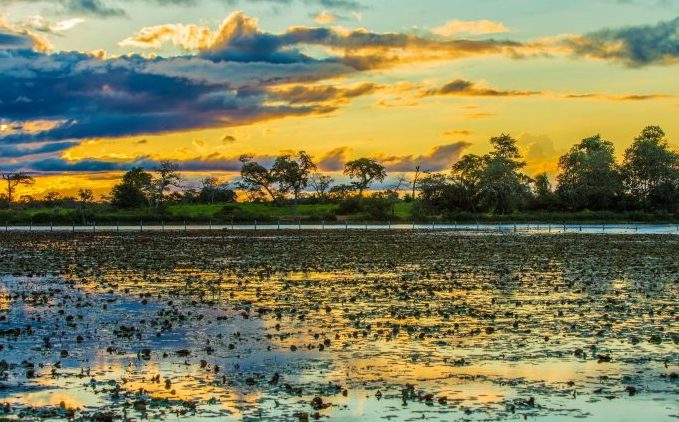 The Environment Program assisted The Nature Conservancy (TNC) in analyzing a new legal regime for endowment funds to support environmental protection in Brazil. TNC’s familiarity with the use of endowment funds by nonprofits in the United States and the passage of a new law in Brazil have drawn TNC to employ endowment funds in its mission to protect the forests, savannas, and wetlands of Brazil. Endowment funds often serve as a steady and lasting source of revenue for nonprofit organizations.

In Brazil, the endowment fund is a new legal tool created by Law No. 13,800 adopted in 2019. The law followed the shocking destruction of the 200-year-old National Museum in Rio de Janeiro, by a fire  resulting from chronic neglect of fire safety systems and poor maintenance of the museum’s buildings. The loss illuminated the federal government’s persistent underfunding in the critical areas of science, education, and cultural institutions. Initially, pressure to maintain public assets led to issuance of an executive order (Medida Provisória No. 851) in 2018, and the substance of that order then became the new law. Both sought to incentivize the funding of nonprofits through endowment funds that provide extensive protection to donations made to the nonprofit sector.

Through Instituto Pro Bono Brasil, the Vance Center secured the pro bono assistance of Pinheiro Neto Advogados to analyze the new law and its implications for the use of donations to endowment funds. Additionally, the law firm considered the issues of corporate structure, governance, and taxation.

Although a legal structure to protect donated assets existed previously in Brazil, the new rules for endowment funds are more extensive and demanding, but provide for greater protection of the fund assets. Under the new rules, endowment funds may be created to support organizations with educational, cultural, scientific, and environmental purposes. The principal of the fund must be conserved, and only the revenue from management of the fund may be used to support activities of the nonprofit. The endowment fund must have a separate and distinct corporate structure from the nonprofit organization, and must comply with specific governance rules to avoid comingling of funds.

Although these strict rules may lead to increased costs of operation for organizations, endowment funds in Brazil now may be more attractive to international donors because of improved fund management and better access for investment in these types of organizations.

The Nature Conservancy is a longstanding client of the Environment Program.  Recent projects have included how to empower Caribbean countries against the climate crisis and the promotion of ecosystem services in Brazil