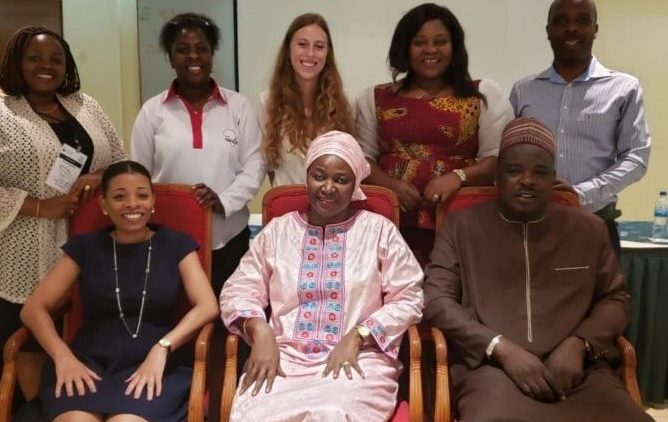 In a year of many challenges for human rights and the rule of law around the world, the Vance Center partnered with clients from Latin America, Africa, and Asia to promote the rights of vulnerable groups and hold governments to account.

Launch of Research Project in Sierra Leone on Women’s Incarceration

The Vance Center assisted the Venezuelan human rights organization Observatorio Venezolano de Prisiones in bringing a case before the Inter-American Court of Human Rights against the state of Venezuela for the death of five teenagers in a 2005 fire at the Monseñor Juan José Bernal prison in the state of Bolívar. The case alleges that Venezuela has violated the rights to life and personal integrity of those who died in the fire and identifies systemic failures to prevent dangerous conditions at the prison.

Now at the merits phase at the Court, the case is expected to conclude later this year. The Vance Center hopes that the Court’s binding decision will contribute to much needed change in Venezuela’s prison system, one of the worst in the region.

Addressing Women in Prison at the African Commission

The Vance Center presented a report and hosted a discussion on “Women in Prison: Africa Regional Initiative” focusing on what currently is known, and remains to be learned, about women’s incarceration across sub-Saharan Africa and how NGOs can work together to address these gaps. The discussion and report were organized jointly with five African NGOs from the Gambia, Kenya, Malawi, Nigeria, and Tanzania. Law firms from these countries also contributed to the report.

The initiative sought to generate visibility of the issue of women in prison within the African human rights system and to inform the broader human rights community and the African legal profession of the particular legal and policy challenges posed by this issue. The Vance Center, together with its partners in Africa, plans to continue to engage with the African Commission on the issue of women in prison on the continent in 2020, including a formal presentation to the Commission of the results of its research on women’s incarceration in Sierra Leone.

The Vance Center supported the launch of the New York City Bar Association’s Working Group on Business and Human Rights, which was commissioned by City Bar President Roger Maldonado, at the suggestion of the Vance Center, in response to the growing debate on the role of businesses in respecting human rights. The Working Group, which met first in December 2019, will recommend (1) whether the City Bar should endorse the UN Guiding Principles on Business and Human Rights (UNGPs); and (2) if the City Bar does endorse the UNGPs, what strategy it should implement to educate and engage the legal community and the broader public with regard to business and human rights.

This initiative follows on the Vance Center’s past and ongoing activities to promote BHR principles. In 2015, the Vance Center launched a Business and Human Rights Initiative, which has drawn on the expertise of law firms in the United States and abroad to contribute to the continuing development of best practices in this area. As part of this initiative, the Program has advised international NGOs and organized conferences on these issues.

Vance Center assisted long-term client Asia Catalyst with critical research to support the organization’s advocacy against the arbitrary detention of sex workers in Asia. In the vast majority of countries in Asia and across the globe, sex work is criminalized, leading to abuse and other harsh treatment of sex workers, including by law enforcement officials. One such abuse is the regular and repeated illegal and arbitrary detention of sex workers, which constitutes or results in human rights violations.

In December of last year, China announced that it will end the policy of detaining sex workers. This policy change is a major step in securing recognition and respect for the human rights of sex workers. The Vance Center is proud to have contributed to Asia Catalyst’ critical work which, along with that of many other advocates, has led to this historic change. It is hoped that other countries in the region will follow China’s lead and end their policy of arbitrary detention of sex workers.