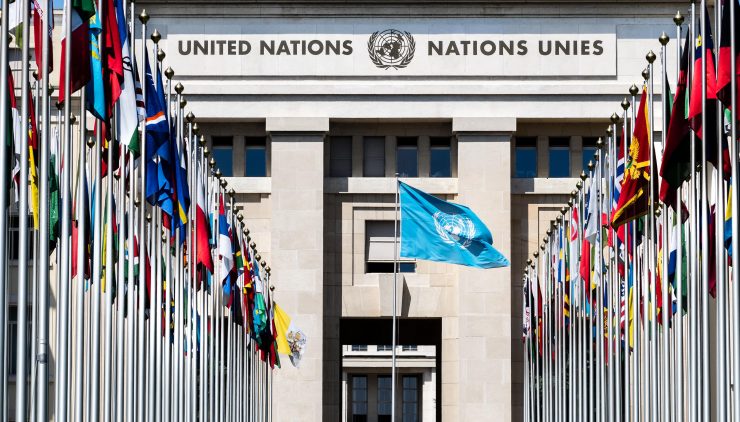 The Vance Center’s research on the human right to a healthy environment featured prominently in discussions at the recent meeting of the UN Human Rights Council. The Council voted by consensus to continue developing its rights-based approach to environmental challenges, including by extending the mandate of Dr. David Boyd, the United Nations Special Rapporteur on Human Rights and the Environment. The resolution also reiterated the Council’s commitment to recognizing global biodiversity as a human rights issue.

In its resolution, the Council made reference to Dr. Boyd’s finding that over 155 UN member states have recognized the right to a healthy environment in their constitutions, laws, or jurisprudence. That finding resulted from the work of a consortium of law firms led by Clifford Chance, working with the Vance Center. The finding has been influential in a global campaign that seeks United Nations recognition of a right to a healthy environment. In a recent report, Dr. Boyd credits the Vance Center’s role in adding impetus to this campaign.

Advocates of the right to a healthy environment are hoping that the Human Rights Council will recommend that the United Nations General Assembly adopt a resolution recognizing the right. Such recognition would represent a breakthrough, as the General Assembly rarely recognizes new standalone human rights beyond existing rights treaties. Significant progress – much of it citing the Vance Center research – was made at the Council’s most recent meeting. Over 60 countries announced their support for a resolution, and in a rare move, 15 different UN agencies issued a statement in support. Many are hopeful that the Council will take the next step forward when it meets again later this year.