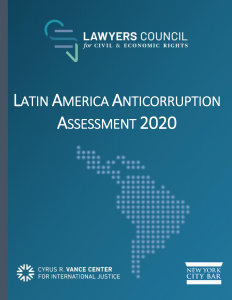 countries (Argentina, Brazil, Chile, Colombia, Guatemala, Mexico, Panama, and Peru), which delineates legal efforts to prevent and combat corruption. Unlike other efforts that focus on measuring corruption or its perception, this study follows a strictly legal approach to analyze legislative and regulatory efforts, in addition to the institutional framework, aimed at preventing, targeting, and prosecuting corruption. This report addresses the perspective of legal professionals engaged in anti-corruption practice in various sectors, including law firms, businesses, academia, civil society organizations, human rights defenders, and others.

This webinar will analyze and discuss some of the main findings of this report.

Ambassador Julissa Reynoso – Assistant to the President and Chief of Staff to Dr. Jill Biden, and Co-Chair of the White House Gender Policy Council 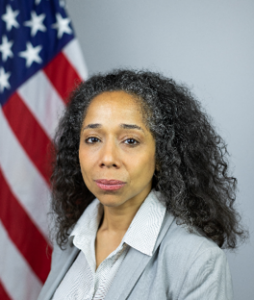 Julissa Reynoso is an Assistant to the President and Chief of Staff to Dr. Jill Biden, and the Co-Chair of the Gender Policy Council at the White House.  A former U.S. Ambassador to Uruguay, Reynoso also served as Deputy Assistant Secretary of State in the Bureau of Western Hemisphere Affairs.  She is a former partner at the international law firms of Winston & Strawn LLP, and Chadbourne & Parke LLP, in New York, and served on the faculty of Columbia University School of Law and School of International and Public Affairs.  Reynoso is widely published in English and Spanish on an array of issues including comparative law, regulatory reform, community organizing, immigration policy, and Latin American politics for both popular press and academic journals.  She holds a B.A. in Government from Harvard University, a Masters in Philosophy from the University of Cambridge in the United Kingdom and a J.D. from Columbia University School of Law.  She clerked for the Honorable Federal Judge Laura Taylor Swain. 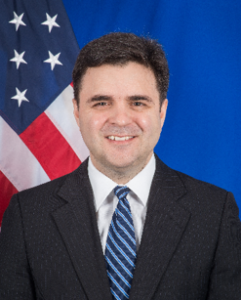 Ricardo Zúniga is the Special Envoy for the Northern Triangle in the Bureau of Western Hemisphere Affairs. A career member of the Senior Foreign Service, he previously served as a Senior Diplomatic Fellow at the Woodrow Wilson Center Latin America Program, Director of the International Student Management Office at the National Defense University in Washington, D.C., and as U.S. Consul General in Sao Paulo, Brazil.

Mr. Zúniga was a Special Assistant to the President and Senior Director for Western Hemisphere Affairs at the National Security Council from 2012 to 2015. He worked overseas in Mexico, Portugal, Cuba, and Spain. Domestically, Mr. Zúniga served in the State Department’s Office of Cuban Affairs, the U.S. Mission to the Organization of American States, the Bureau of Intelligence and Research, and as the Desk Officer for Uganda and Tanzania.

He was born in Tegucigalpa, Honduras and has a B.A. in Foreign Affairs and Latin American Studies from the University of Virginia. 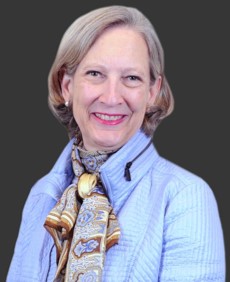 She is Vice-Chair for Latin America of the Cyrus R. Vance Center for International Justice of the New York City Bar where she has worked closely with the Women in Profession project and in expanding pro bono practice of private lawyers, particularly in Latin America, and is one of two U.S. members of the Lawyers Council for Civil and Economic Rights of the Vance Center. 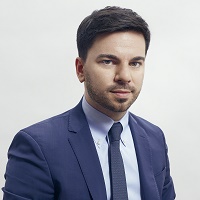 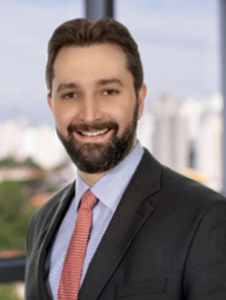 Eloy Rizzo is a partner at Demarest Advogados, based in São Paulo, Brazil. He is the chair of the firm’s compliance, investigations and white-collar practice group, where his practice focuses on internal investigations related primarily to Brazil’s anti-corruption legislation and associated litigation matters. He has assisted companies from around the world with multijurisdictional investigations and has special expertise with US–Brazil cross-border investigations (he is ranked in Chambers Global and Chambers Latin America as Band 3 in compliance). In 2015, Rizzo spent 10 months as a visiting associate in the FCPA and international anticorruption practice group at Miller & Chevalier in Washington, DC.

He has extensive experience in conducting complex investigations focused on potential violations of anticorruption laws, including at the FCPA and UKBA in multijurisdictional cases. In addition, Eloy is a leader in training management and employees, conducting compliance risk assessments, and dealing with administrative and judicial proceedings arising out of violations of anticorruption legislation. He holds an LLB from the Faculty of Law of the Pontifical Catholic University of São Paulo and an LLM from the University of London, King’s College 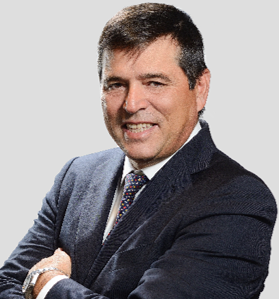 Pablo Guerrero is a partner with the Chilean law firm Barros & Errázuriz Abogados, in which he leads its corporate department. He has more than 25 years of experience focusing his practice in mergers and acquisitions, capital markets and securities regulations, financing, investment funds, foreign investment and international commercial transactions in general.

He has been recognized as one of the best mergers and acquisitions lawyers in the country, highlighting his extensive experience in leading the most relevant transactions in Chile.

He was the Founder and President of the Pro Bono Foundation in Chile for more than 15 years and is currently part of its Advisory Board. He was the managing partner of Barros & Errázuriz for more than 10 years and currently he is part of the Pro Bono and Gender Equality Committees at the firm, promoting internal initiatives towards commitment to the community and diversity in the legal world. 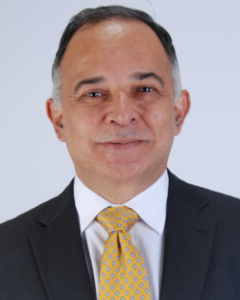 During the past twenty-five years he has represented and counseled a great number of local and foreign banks in cases in jurisdictions such as Central America, Panama, Boston and New York. He has provided counseling in several banking bankruptcies, coordinating important local and foreign teams.

He was the private counselor of a Tax Administration Superintendent, as well as of Ministers of Economy and Finance, and he has counseled Government institutions such as Banco de Guatemala (Guatemala’s Central Bank) and the Bank Superintendence.  He was a member of several Government and non-Government commissions from 1984 until 2006, including commissions that reviewed several laws. He was appointed by the World Bank as Temporary Legal Counselor in the Modernization Program (1996 and 1997). He has been an arbitrator in the Industry Chamber of Guatemala.

During the past ten years he has actively participated in the effort for the restoration of the justice system of Guatemala, having filed multiple constitutional and court proceedings in order to preserve and promote the constitutional order of Guatemala and through which he achieved, among others, the removal of Justices; the Head of the Criminal Defense Institute was removed; and a Head of the Public Prosecutor’s Office was removed because he did not meet the requirements provided by the law and the Constitution. 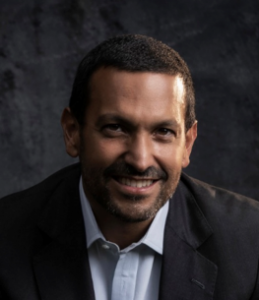 Leonel Pereznieto is a partner of Creel, García-Cuéllar, Aiza y Enríquez and co-heads the firm’s investigations and compliance practice group.  His unique blend of regulatory expertise and his career-long experience advising risk managers is sought after by clients that require legal representation and guidance in complex anti-corruption and white-collar investigations. He also regularly advises clients on the tailoring, implementation and assessment of compliance programs; to that end he leverages on his thorough understanding of corporate governance and his experience across various industries and cultural environments.

Leonel Pereznieto recently co-authored the chapter in the GIR 2021 Americas Investigation Review entitled “The State of Anti-Corruption Enforcement in Mexico” and the chapter entitled “When Good Companies Fight Against the Bad:  Practical Crisis Management Guide for Doing Business in Mexico” in the Third Edition of the 2020 Latin Lawyer Insight “The Guide to Managing a Corporate Crisis”. 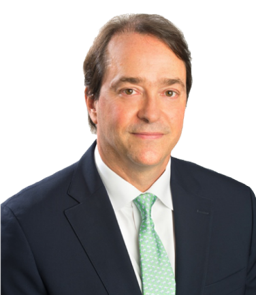 Ramón Ricardo Arias began his private practice at Galindo, Arias & López in 1989, specializing as a legal advisor to national and multinational businesses, especially in the financial, aviation, corporate, public services (electricity and telecommunications) sectors, demonstrating his wide experience in the areas of corporate and financial law.

Ramón Ricardo has led work groups in important mergers and acquisitions of banks and multinational corporations.

He was the President of the Panamanian Chapter of International Transparency and is a member of the Calicanto Foundation. 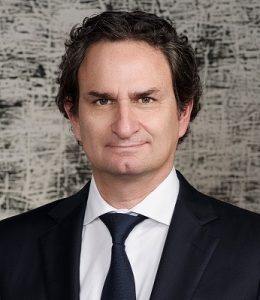 Alberto Rebaza is a founding partner and managing partner of Rebaza, Alcázar & De Las Casas. He is co-leader of the mergers and acquisitions area. In addition to his master’s degree, he has studies at Georgetown University and in England.

Alberto has been permanently considered by the main legal rankings as a leading lawyer in M&A and Banking and Financing. These publications include Chambers & Partners, IFRL 1000, Who’s Who Legal and Latin Lawyer among others. Chambers & Partners has called him “the leading voice for large financial transactions and M&A.”

He has been a speaker at conferences in different cities such as Dublin, São Paulo, Bogotá, Panama, Barcelona, NYC, Mexico City, Bogotá, Singapore, etc. 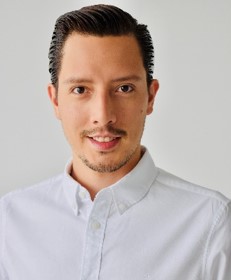 Mr. Chavez Alor joined the Vance Center in November 2018. In his role, he is responsible for managing the Vance Center’s Lawyers Council on Civil and Economic Rights in the Americas and to develop other policy-related initiatives in Latin America.

Before joining the Vance Center, Mr. Chavez Alor worked in the three branches of the Mexican federal government. He served as head of the Unit of Ethics and Prevention of Conflict of Interest in the Secretariat of Public Administration, and previously as head of the Unit of International Affairs and Attaches, and general director of special projects in the Office of the Attorney General. He worked before as senior advisor to a Mexican senator and junior advisor to the Chief Justice of the Mexican Supreme Court of Justice.  He has also worked as a normative analysis and institutional design expert and has experience with not-for-profit organizations.

Jaime received his law degree from Escuela Libre de Derecho in Mexico City, and an LLM from Columbia Law School, where he graduated as a Harlan Fiske Stone Scholar, received the Raymond J. Baer Scholarship and the Parker School of Foreign and Comparative Law Recognition of Achievement. Additionally, he has studies in public policy, human rights and compared criminal law. 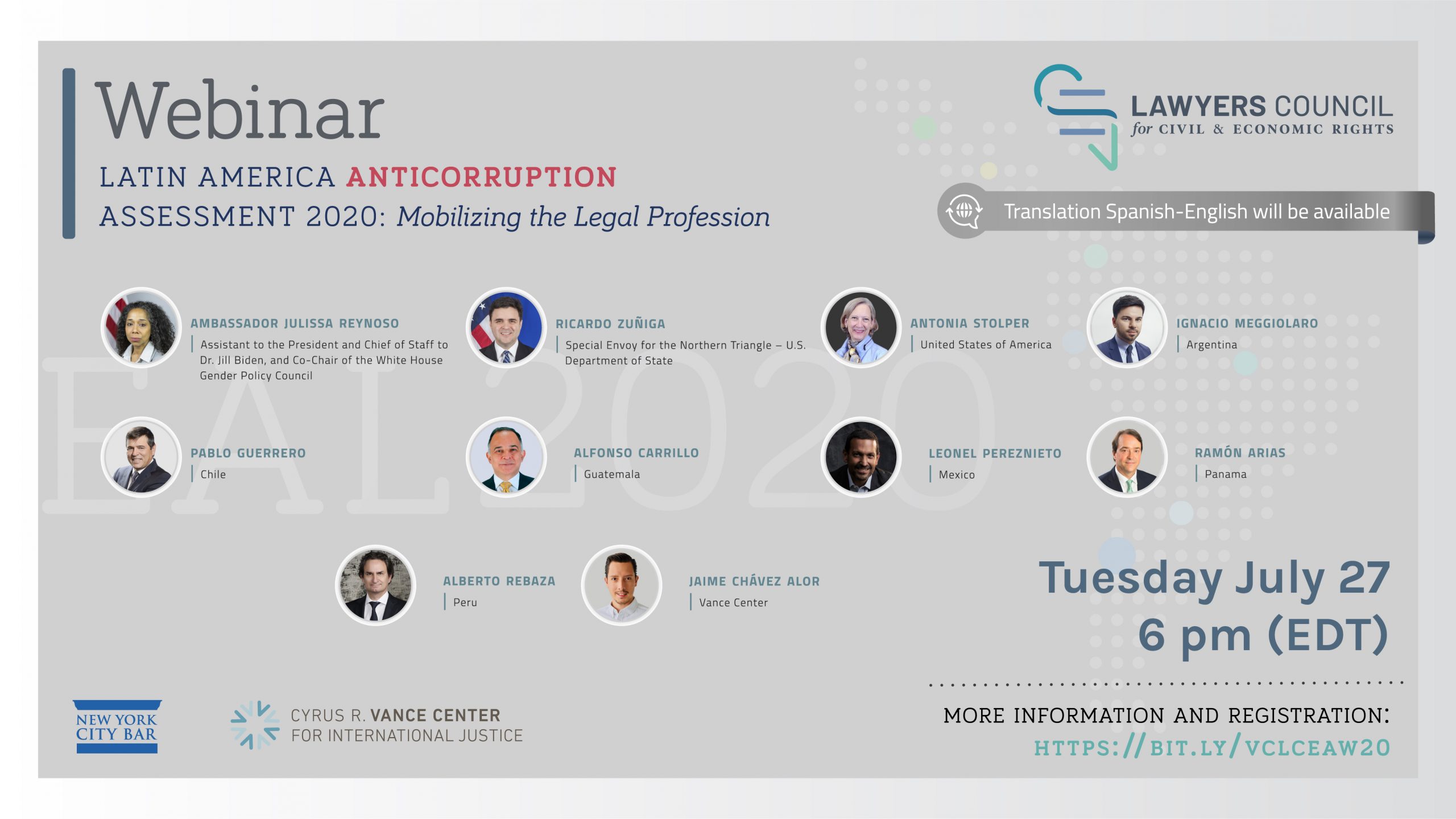