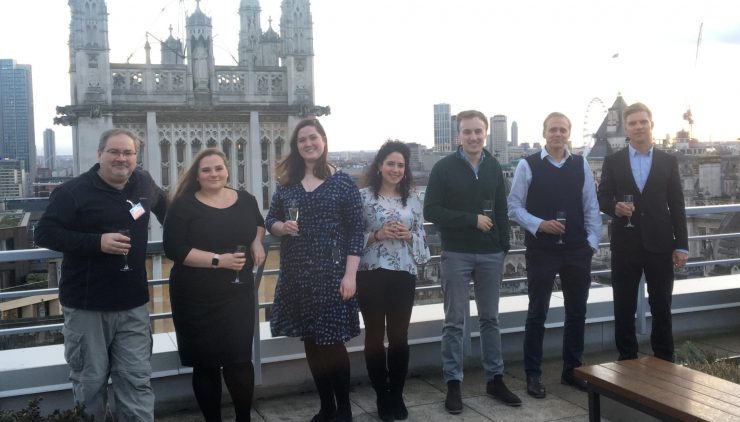 The Organized Crime and Corruption Reporting Project, a leading investigative journalism organization holding the corrupt accountable worldwide, successfully repulsed a defamation lawsuit by an Azerbaijani parliamentarian seeking the advantage of the United Kingdom’s defamation laws and courts. The Vance Center assisted OCCRP in its defense by recruiting pro bono solicitors, as well as barristers, and coordinating their work with OCCRP.  OCCRP stated in a press release:

OCCRP thanks the solicitors from Weil, Gotshal & Manges for their excellent pro bono support, which made our defense possible; the amazing depth and expertise of the barristers from Doughty Street Chambers, who took the time to understand a highly complex case; and our counsel Alex Papachristou of the Cyrus Vance Center of the New York City Bar, who helps manage all our legal defenses.

The lawsuit arose from two articles that OCCRP published as part of the Azerbaijani Laundromat series, documenting a complex money-laundering operation and slush fund that handled $2.9 billion over a two-year period through four shell companies registered in the UK. The claimant figured in the operation as a one-time director and founder of a company that played a central role in the complex transfers of funds among Azerbaijani banks and offshore companies. As the story unfolded of Azerbaijani government efforts improperly to influence European opinion through the laundromat, several European, German, and Italian parliamentarians were implicated and sanctioned.

OCCRP itself was not a party to the lawsuit, because it is outside of the jurisdiction of the UK courts; however, the claimant sued its co-founder and co-executive director Paul Radu who fell within the jurisdiction as a citizen of EU-member state Romania.  His defense asserted that he had nothing to do with the articles in question, that he reasonably considered the articles to be in the public interest, and that the articles were truthful in demonstrating strong suspicion that the claimant had engaged in money laundering.

At the eve of the trial, the claimant discontinued the case, and OCCRP agreed to include with the articles, otherwise unchanged, a statement that the claimant disputed that he had done anything illegal. This resolution relieved OCCRP of the inherent risks and costs related to the trial, although it meant that evidence and arguments that Radu’s lawyers had gathered did not get presented in court. The barristers explained the outcome in this way:

The case raised important questions about public interest reporting on corruption and money-laundering, responsibility for publication for individual journalists in the context of collaborative and cross-jurisdictional reporting, proving substantial truth of reporting based on grounds to suspect, and the operation of the section 4 public interest defence under the Defamation Act 2013.  It also highlighted the ongoing persecution of Khadija Ismayilova, a leading Azerbaijani journalist working with OCCRP.

For investigative journalists, the case demonstrated that defamation proceedings in the UK courts are notably drawn out and expensive. Issues of jurisdiction and procedure do not get resolved at the early stage, as they often do in US courts. The court charges a party the legal costs of the other party if it unsuccessfully seeks a decision during the progress of the case, and the losing party must pay the costs of the winning party, which also can expect large damages to be awarded by the court. For these reasons, nonprofit investigative journalists like OCCRP face a serious threat of vexatious lawsuits by claimants with money to spend on the many UK lawyers specializing in bringing defamation claims.