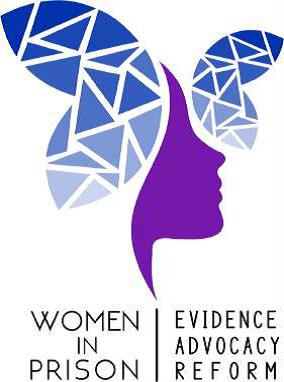 The Vance Center’s Human Rights and Access to Justice Program, under its Women in Prison Project, launched a social media campaign  to commemorate the 10th anniversary of the United Nations Rules for the Treatment of Women Prisoners and Non-Custodial Measures for Women Offenders (The Bangkok Rules). Adopted by the United Nations General Assembly on December 21, 2010, the Bangkok Rules are the first international instrument providing detailed guidelines on responding to the gender-specific needs of women in contact with the criminal justice system.

Although women represent a minority of the global prison population, their rate of imprisonment has grown rapidly over the last two decades. As the UN Special Rapporteur on Violence Against Women has said, “much more remains to be done to identify and address the pathways to women’s incarceration; to establish better, safer and more gender-sensitive conditions for women prisoners; to ameliorate the negative consequences of women’s imprisonment; and to reduce the numbers of women in prison around the world.[1]

Answering this call, the Vance Center’s Women in Prison Project in 2018 convened the first international conference of women prisoners’ advocates in Bogota, Colombia.[2] From this conference arose the first-ever global network of advocates for women prisoners: the Women in Prison Network. Connected via an online platform, the Network includes 45 individual advocates (including formerly incarcerated women) and 34 organizations from 21 countries representing every continent. The Network is a safe space for advocates to share information and best practices, seek collaborations, and build capacity for improved monitoring and reporting of conditions in women’s prisons worldwide.

The social media campaign raised awareness of the Bangkok Rules while showcasing the work of members of the Women in Prison Network. These advocates, often formerly incarcerated women themselves, have devoted their lives to improving conditions for women in prison all over the world.

Follow the hashtags #BangkokRules10 #womeninprison #rightsofwomeninprison and the Vance Center on social media to learn more about the Bangkok Rules and the work of the Women in Prison Network on behalf of women in prison.

In the Written Opinion, the Vance Center and the Women in Prison Network analyzed good practices adopted by some States in relation to women in prison who are pregnant, postpartum, or lactating, as well as girls and boys who live with their mothers in detention. The analysis also included how such States have interpreted the rights to equality and to live free from all forms of discrimination within the prison context.

[1] Special Rapporteur on Violence Against Women, Pathways to, conditions and consequences of incarceration for women, UN Doc. A/68/340

[2] Other examples of initiatives under the Project include: