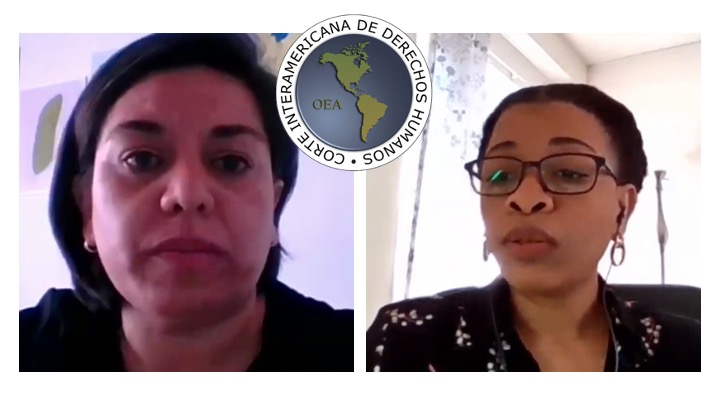 The Human Rights and Access to Justice Program made two key presentations to international human rights bodies related to the Women in Prison initiative, which the program has pursued for three years[i].

Presentation to the Inter-American Court of Human Rights

The Vance Center, on behalf of its Women in Prison Network, presented at a public hearing of the Court on the issue of “Differentiated Approaches to Persons Deprived of Liberty”. The presentation emphasized: 1) the importance of centering the experiences of formerly incarcerated women in the discussion; 2) the necessity of States recognizing and responding to social factors, particularly those linked to discrimination and inequality that lead to incarcerating women; and 3) the urgent need for a less punitive criminal policy and gender-focused public policies, as well as alternatives to incarceration, to avoid the harmful consequences of detention for women, their families, and communities.

The Court invited the Vance Center to make this presentation following its Written Opinion to the Court in December 2020, addressing the request from the Inter-American Commission on Human Rights for an Advisory Opinion related to “Differentiated Approaches to Persons Deprived of Liberty”.

In the Written Opinion, the Vance Center and members of its Women in Prison Network discussed the obligations of States to respect and guarantee the rights of all persons and analyzed best practices of some States concerning women in prison who are pregnant, postpartum, or lactating, as well as girls and boys who live with their mothers in detention. The analysis also considered how such States have interpreted the rights to equality and freedom from all forms of discrimination within the prison context.

On the same day as the presentation to the Court, Network member Advocaid (Sierra Leone) spoke on a panel at the 68th Ordinary Session of the African Commission on Human and People’s rights about the findings of the Sierra Leone research study and the impact of the COVID-19 pandemic on conditions for women in prison.The invitation to participate in the event followed the participation of the African Commission’s Special Rapporteur on Prisons and Conditions of Detention at a workshop organized by the Vance Center to discuss the implications of the Sierra Leone study for other countries in Africa.

The Vance Center and four members of the Women in Prison Network presented a written submission to the Independent Expert on the human rights of older women, including: 1) a general overview of the experiences of older women in prison; 2) information on the growing numbers of older women in prison and the lack of adequate and suitable prison facilities and services to meet the specific needs of older women, including specific healthcare services; and 3) analysis of the societal discrimination leading older women to come into conflict with the law, and the exacerbating effects of the COVID-19 pandemic on these issues. The Vance Center sought to encourage the Independent Expert to include the information, analysis, and specific recommendations for addressing the needs of this often-forgotten population in her upcoming report to the UN General Assembly.

[i] The Women in Prison Project, launched in 2017 by the Vance Center’s Human Rights and Access to Justice Program, seeks  to promote global collaboration on improving conditions of women’s imprisonment. Examples of initiatives under the Project include: