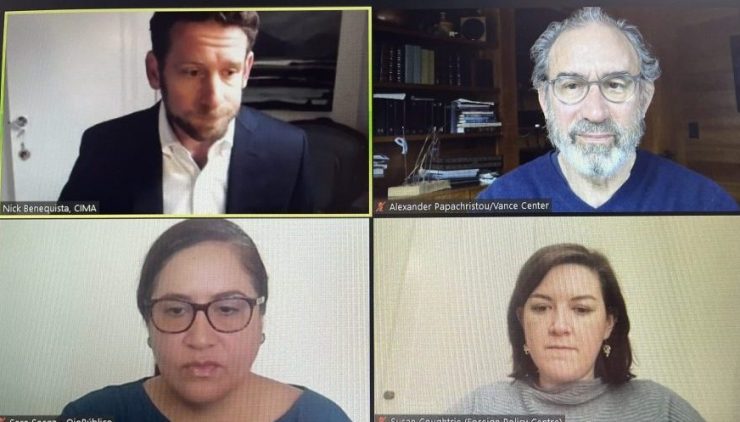 Vance Center Executive Director Alexander Papachristou joined a panel presenting at Breaking the Silence: Countering the Effects of SLAPPs on Independent Media, held by the Center for Independent Media Assistance.  86 journalists and other media representatives attended.

Papachristou described an initiative, led by OCCRP, to establish a nonprofit program to provide defamation defense insurance to media and other reporting organizations worldwide.  The program would cover the costs of defending against SLAPPs and similar threats, although it would not pay for any liability incurred in those claims.

Papachristou explained that covering defense costs would deter SLAPPs by raising their costs, but covering liability could encourage SLAPPs by offering claimants greater chance of recovering such costs.  The program will require funding an insurance reserve and initially subsidizing operational costs to enable affordable premiums and a large pool of insured.  An actuarial analysis that OCCRP commissioned concluded that the program could operate sustainably.

The Vance Center and OCCRP are working on the insurance program with an international insurance company, an actuarial firm, and an insurance consultant.  They have conducted a survey of media organizations that supported the actuarial analysis and are determining how to structure the operation of the program.