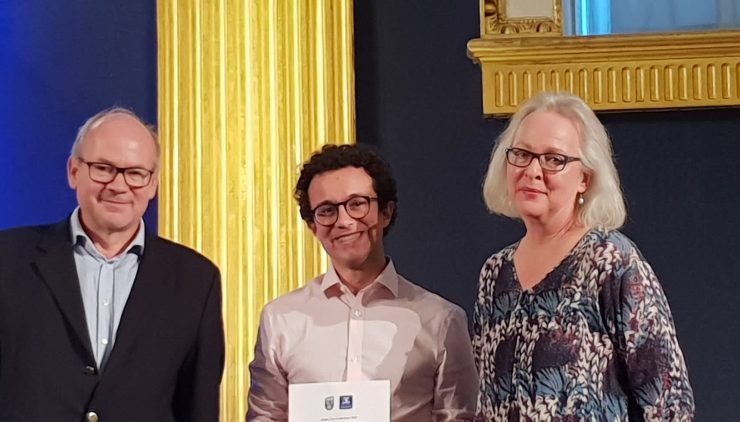 Vance Center Environment Program Staff Attorney Sam Bookman was recently awarded the Richard Hart Prize. The prize is awarded to the best paper presented by an early career researcher at the biannual Public Law Conference, which this year was hosted at University College Dublin, Ireland. Lord Justice Sales of the United Kingdom Supreme Court, who was also a member of the judging committee, presented the prize to Bookman in a ceremony at Dublin Castle .

Bookman’s paper, entitled “Creativity and Climate Rights in Common Law Jurisdictions”, analyzes the use of human rights arguments in climate cases in the United Kingdom, Canada, Australia and New Zealand. The paper concludes that such arguments have not yet gained much purchase in these jurisdictions, but have stronger potential when combined with administrative law cases brought under framework climate statutes. The paper calls for greater creativity from lawyers and judges, as well as the need to reconsider the boundaries between existing categories and fields of law in light of the climate crisis. Bookman’s scholarship is closely related to his work at the Vance Center, where he has coordinated several projects related to climate litigation.