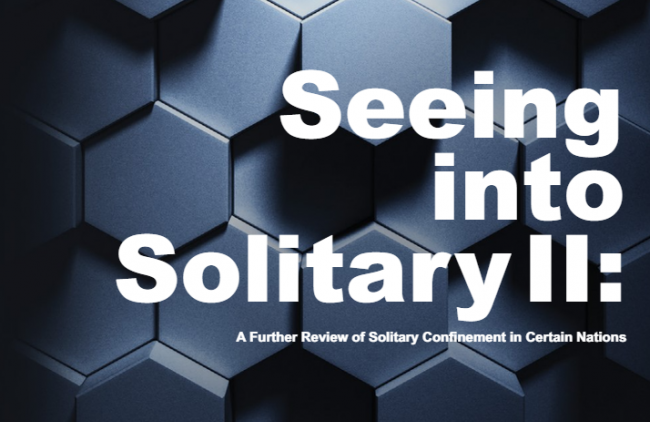 The Vance Center and the international law firm Weil managed the production of a report regarding the regulation of solitary confinement worldwide on behalf of Professor Juan E. Mendez of the Anti-Torture Initiative at Washington College of Law at American University.  This report followed on a 2016 report that the Vance Center and Weil produced with Professor Mendez, covering 35 jurisdictions.  The new report covers 26 additional jurisdictions.

In his introduction to the report, Professor Mendez observed:

The misuse and overuse of solitary confinement continue to persist in jurisdictions around the world and remain a principal issue of concern of mine and of individuals committed to the promotion and protection of fundamental human rights.

He also pointed to evidence that prison authorities in the United States have increased by as much as 500 percent the use of solitary confinement during the COVID-19 pandemic.  He added:

In many places, solitary confinement has been used in lieu of legitimate medical quarantine for suspected cases of COVID-19, putting individuals at heightened risk of suffering from the egregious physical and mental effects of prolonged isolation, in addition to receiving inadequate medical care.

The Vance Center began working with Professor Mendez when he served as UN Special Rapporteur on Torture and Other Cruel, Inhuman and Degrading Treatment or Punishment from 2010 to 2016.  In 2011, he issued a landmark report that concluded:

Considering the severe mental pain or suffering solitary confinement may cause, it can amount to torture or cruel, inhuman or degrading treatment or punishment when used as a punishment, during pre-trial detention, indefinitely or for a prolonged period, for persons with mental disabilities or juveniles.

He called for solitary confinement to be used only in exceptional circumstances and prohibited for periods exceeding 15 days and altogether for juveniles and people suffering mental disabilities.

The recently-released report reviews why authorities use solitary confinement, how they authorize it, what appeals are available, what limits and conditions are imposed, and what efforts are underway to restrict and reform the practice.  The Vance Center and Weil recruited lawyers from the 26 jurisdictions to contribute to the report and then consolidated and edited their contributions.  The report also includes commentary by:

The report concludes with a case study: “The rise and fall and rise again of solitary confinement in Ireland’s prisons” by Fíona Ní Chinnéide, Executive Director, Irish Penal Reform Trust.