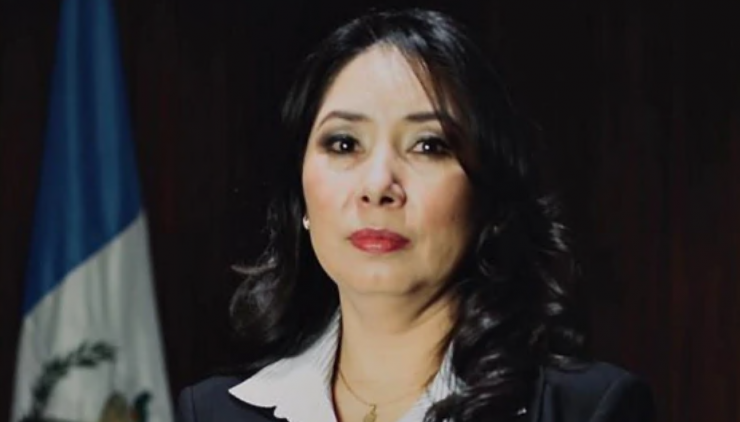 Media in Guatemala and elsewhere in the region took note of Judge Erika Aifan’s petition to the Inter-American Commission on Human Rights (IACHR) filed on September 7 by her pro bono legal team from King & Spalding and the Vance Center.

The New York City Bar Association had issued a press release on the petition, which is available in English, and Spanish. La Hora, El Periódico, Prensa Libre, Soy 502, Guatevisión in Guatemala, and CNN in Spanish reported on the petition.

Judge Aifán is a trial judge presiding over Guatemala’s High Risk Court with responsibility for high-level corruption and organized crime cases. In March 2021, Judge Aifán, described as an “icon of the struggle against corruption in Guatemala,” received the International Women of Courage Award 2021 from the U.S. State Department. She is a founding member of the Guatemalan Association of Judges for Integrity, supported by the Vance Center.

Even though the IACHR imposed precautionary measures to protect Judge Aifán in 2019, new threats recently have arisen in proceedings before the Supreme Court of Guatemala to lift her judicial immunity.  This would allow her criminal prosecution for supposed excesses in her adjudication of cases brought by the Special Prosecutor Against Corruption.

The Vance Center has engaged in support of the rule of law and particularly judicial independence in Guatemala since 2013.  The King & Spalding lawyers representing Judge Aifán before the IACHR, Douglass Cassel and Viren Mascarenhas, are recognized international law experts and  Professor Cassel is particularly expert in the jurisprudence and procedures of the Inter-American Human Rights System. As counsel to King & Spalding, he has provided the Vance Center with critical pro bono assistance on several occasions and, for this, received the Vance Center’s special recognition for international pro bono excellence in October 2020 when the firm also received recognition for its work on behalf of the Lawyers for Reporters initiative.

The petition is available here: https://bit.ly/VCKSELAD