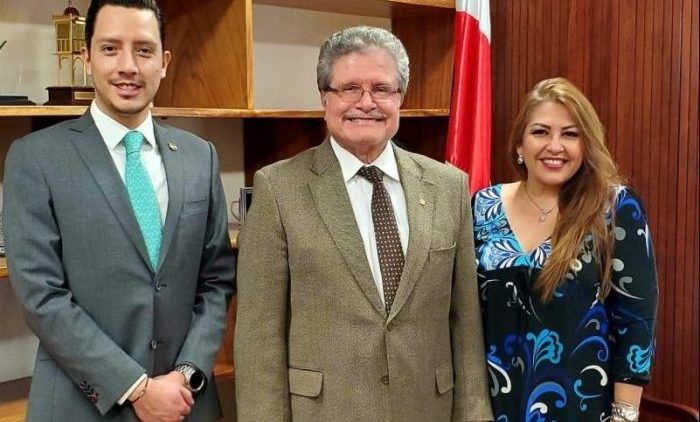 Members of the Costa Rican Association of Judges described a series of concerning events, such as a process to appoint judges based on political reasons, rather than merits and experience.  Supreme Court Chief Justice Dr. Fernando Cruz Castro and Supreme Court High Judge Dr. Alvaro Burgos Mata provided suggestions for projects and activities to strengthen judicial independence. Chavez Alor also met with the president of the Costa Rican Bar Association who agreed to support judicial independence as a fundamental principle of legal security in the country.

Other Costa Rican organizations in the itinerary included the Justice Forum and the United Nations University of Peace. Chavez Alor also met with Vivian Liberman, partner at BLP Law and member of the Lawyers Council for Civil and Economic Rights, and Jose Antonio Muñoz, Managing partner of Dentons Muñoz.

El Salvador faces difficult challenges with judicial independence, exemplified by recent legislation limiting career paths for judges and prosecutors. Indeed the nation stands out in this regard in a region generally fraught with complex rule of law dynamics.  In this context, Chavez Alor met with judges and other members of the legal community, including law firms supporting the efforts of the Vance Center in El Salvador.

Chavez Alor also met with members of the diplomatic community, civil society organizations such as Acción Ciudadana, Dialogos and the Frente Ciudadano Contra la Corrupción, the Office of the High Commissioner for Human Rights, and law firms members of the Pro Bono Foundation, among others.

The Vance Center’s support of judicial integrity and independence in Central America benefits from the support of the National Endowment for Democracy.