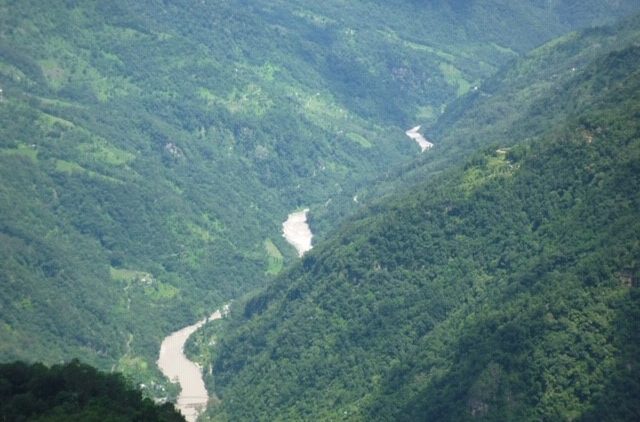 The Environment Program assisted International Rivers in its efforts to preserve free flowing rivers in Sikkim, a state in northeast India. Many large hydropower projects are planned in India, despite their vulnerability to climate change as precipitation patterns change. The need to ensure healthy rivers is critical to helping communities adapt to the climate crisis.

Rivers are a vital part of the livelihood of communities in Sikkim, providing for fisheries, farming and irrigation, and extensive biodiversity. Throughout history, the Lepcha people of Sikkim have had an attachment to the Teesta and Rongyoung Rivers, relying on them for material survival and placing in them immense cultural and spiritual significance. Despite their importance, these rivers have been under threat from the massive expansion of hydroelectric dams in Sikkim. In the Teesta basin alone, the Indian government plans to build over 20 dams, which will cause enormous environmental impacts, including the potential destruction of fisheries, water sources, wetlands, and parks, along with increasingly destructive flash floods and seismic activity. Local communities in Sikkim have been advocating against the proposed dams in the region and urging a declaration that the undammed portions of the Teesta and Rongyoung remain free-flowing. Notably, the current levels of power generation in the region far exceed power needs.

Indian law firm Talwar Thakore & Associates provided pro bono legal support to International Rivers, researching the laws in the state of Sikkim applicable to river protection and hydropower plants, and analyzing the governmental structure for decision-making with regard to rivers and the environmental impacts of the plants. The firm also researched Indian and international laws protecting the cultural rights of indigenous groups, tribal communities, and others, as well as judicial decisions and international best practices regarding protection of rivers. International Rivers is using the research in developing an advocacy strategy with local communities in Sikkim.

As part of a global movement to safeguard river ecosystems, International Rivers advocates for legal frameworks to ensure long-term protection of rivers and champions them as vital to sustaining all life on earth.  The project in Sikkim continues work for International Rivers that the Vance Center Environment Program has undertaken in countries in Latin America, Southeast Asia, and Africa.