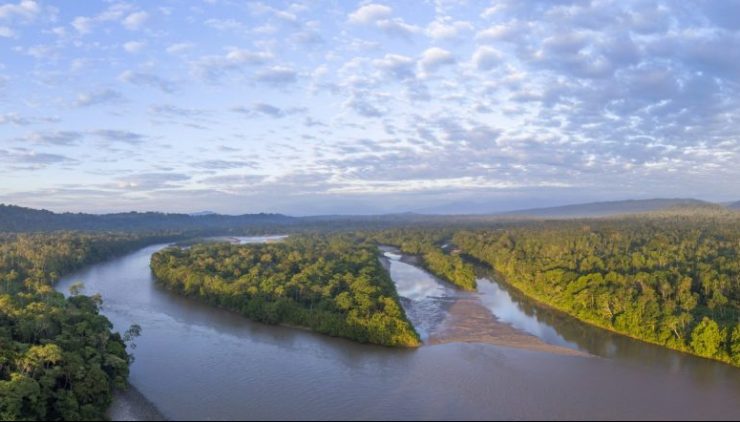 The Vance Center Environment Program facilitated the filing of an amicus brief on behalf  of two UN Special Rapporteurs, in support of a claim by Indigenous Ecuadorian communities affected by a massive oil spill. The amicus brief highlights the obligations of governments under international environmental and human rights law, including obligations to prevent harm, compensate affected communities, and repair damage to the environment.

In April 2020, Ecuador experienced its worst oil disaster in over 15 years. Pipelines in the Amazonian San Rafael province collapsed as a result of a riverbed sinkhole, spilling oil into the Coca and Napo Rivers. Downstream Indigenous Kichwa communities have been devastated by the spill, which poisoned water sources and made it impossible to carry out traditional fishing and agriculture. Experts have commented that the spill was the predictable consequence of human-induced erosion in the area, which civil society groups say the government failed to monitor and regulate. The government was slow to respond to the spill and warn local communities of its danger. Furthermore, much of the local infrastructure was operated by state-owned companies.

A group of plaintiffs representing local Kichwa communities are challenging the government’s failure to prevent and respond to the disaster. Two cases are now before the Constitutional Court, based on claims related to Indigenous rights, environmental rights, and Rights of Nature. The NGO Amazon Frontlines, a Vance Center client, is among those supporting the plaintiffs.

The Colombian law firm Gomez Pinzon assisted in drafting the brief, which  followed a Vance Center-facilitated brief submitted in late 2021, concerning the rights of Indigenous Ecuadorian communities over mining in lands adjacent to their territories. Both cases are currently under consideration by the Constitutional Court.