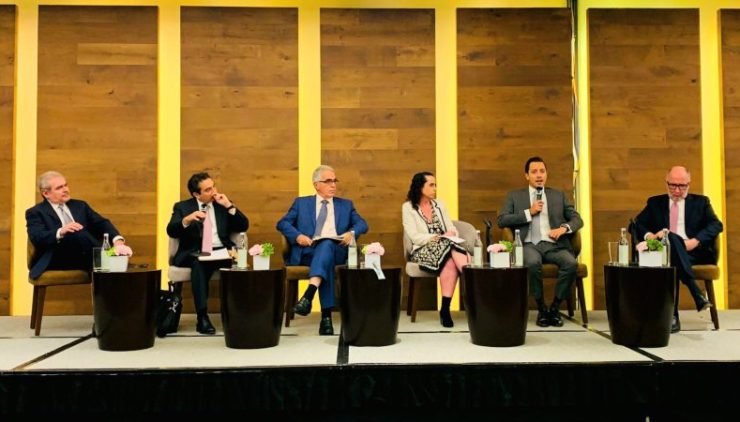 Vance Center Latin America Policy Director Jaime Chavez-Alor over recent months participated in activities organized by the legal community in Mexico to strengthen judicial independence. The country faces critical challenges to the ability of federal and state judges to fulfill their functions without political interference.

Chavez-Alor spoke on the challenges to judicial independence in Mexico, Guatemala, Honduras, and El Salvador at the international conference “Judicial Independence: challenges and opportunities” organized by the Escuela Libre de Derecho in Mexico City. He focused on the importance of following international standards on the appointment of judges and magistrates and the due process rights of judges being investigated for misconduct. Chavez-Alor relied on the research and recommendations of the Lawyers Council for Civil and Economic Rights regarding Guatemala and Mexico to provide particular examples.

As part of the joint committee established by the Vance Center and Fundación Barra Mexicana (FBM), the FBM hosted an event in Mexico City featuring Prof. Diego García Sayán, UN Special Rapporteur on Independence of Judges and Lawyers. Chavez-Alor participated in a panel about specific challenges to judicial independence in Mexico, focusing on the need to strengthen state judiciaries instead of directing all efforts toward the federal judiciary. He referred to some states in which the governor directly appoints some of the judges or states where the budget allocation becomes a political negotiation every year without securing enough resources for the judiciary. Chavez-Alor also mentioned the assessment of judicial systems in Latin America that the Vance Center is conducting with the support of the Tinker Foundation.

In other initiatives to support judicial independence in Mexico and the region,  the Vance Center recently published, with the International Legal Assistance Consortium (ILAC) and the International Association of Women Judges (IAWJ), a series of discussion papers on judicial independence, efforts against corruption, and judicial diversity. This series resulted from the Judges as Peacebuilders project and provides recommendations drafted by local partners from Colombia, Guatemala, and Mexico.