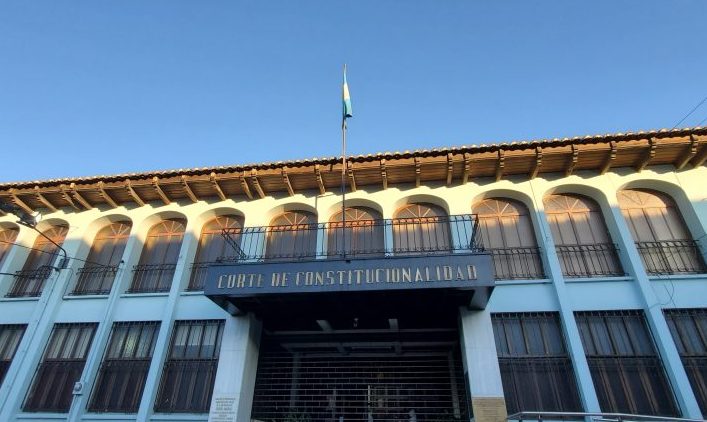 The Vance Center continues supporting the work of judges and civil society organizations to strengthen judicial independence and the rule of law in Guatemala, recently through two publications:

First, the New York City Bar Association recently issued a press release on the report Regulating the Judicial profession  in Latin America produced by the international law firm Winston & Strawn and the Vance Center for the Association of Guatemalan Judges for Integrity. The Spanish-language report compared the judicial systems of Guatemala with those in Argentina, Brazil, Colombia, Mexico, and Spain.

The Guatemalan Association of Judges for Integrity commissioned the report to support its effort to strengthen the independence and ethical practices of the Guatemalan judiciary.  The Association is a voluntary group of judges, including several in Guatemala’s “high-risk” courts, hearing cases of alleged high-level corruption and organized crime.

The report focused on key challenges to the Guatemalan judiciary, especially how judges are appointed.  The system purports to give a role to various sectors of the legal profession, but the report found that it lacks transparency and merit-based criteria.  Indeed, the Guatemalan Constitutional Court recently suspended the judicial appointments process because of organized crime infiltration.

The Vance Center in October 2019 conducted a workshop for 50 judges of the Association on how multinational companies conduct transnational business, including how they avoid, identify, and redress corrupt practices. The Chubb Rule of Law Fund sponsored the workshop, and lawyers from Chubb, Walmart, General Electric, Novartis, Chevron, Winston & Strawn, Cleary, Dentons, and Simpson Thacher participated.

Second, the International Legal Assistance Consortium published the report A Window of Opportunity,Support to the Rule of Law in Guatemala. This report resulted from Vance Center Latin America Policy Manager Jaime Chavez Alor’s participation in a follow-up mission to Guatemala to examine the impact of the termination of the International Commission Against Impunity in Guatemala (CICIG) the on the justice system and, more broadly, on the rule of law in the country.

The report examined the state of Guatemala’s justice sector after the closure of the CICIG in September 2019. It discussed how recent threats against the justice sector have reversed much of the progress made to strengthen the rule of law during the CICIG’s existence. The report concluded that, with the advent of a new presidential administration in Guatemala, the international community must seize the opportunity to re-engage in combating corruption. It advised that this will require developing new and effective models of strengthening the rule of law, including guaranteeing judicial independence, opening the country from isolation, and returning to multilateralism, as well as continuing efforts to fight corruption.

The Vance Center conducted delegations of U.S. and Latin American business lawyers to Guatemala in 2013 and 2014 to consider how the Guatemalan judiciary comports with internationally-recognized rule-of-law practices, and in August 2019 the Lawyers Council for Civil and Economic Rights in the Americas, led by the Vance Center, specifically examined and reported on the judicial selection process.